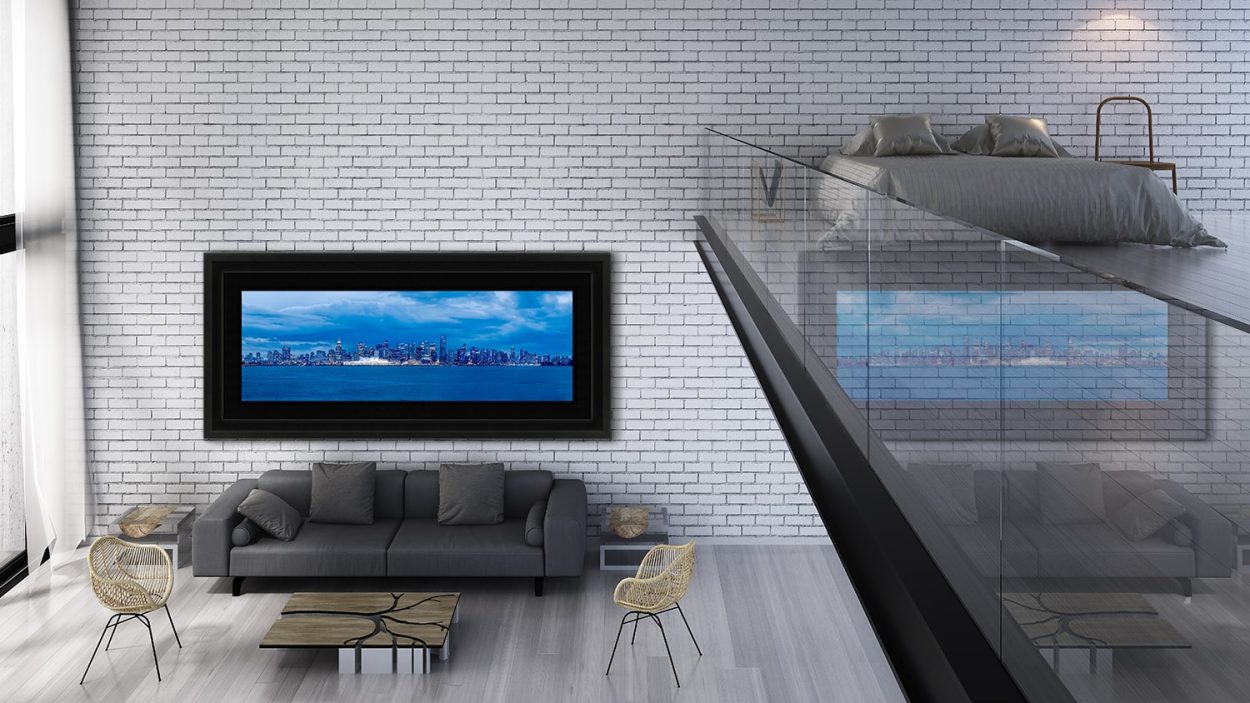 Shot from Vancouver Canada’s North Shore, ‘Stormy Nights’ offers a bird’s eye perspective of the ominous mood common to the West Coast’s storm season characterized by rainy days, heavy fog banks and grey skies. Often known as Canada’s ‘wet coast’, this coastal rainforest is one of the wettest non-tropical areas in the world.

On this day, as I finished prepping my gear, I sat anxiously as I await the onset of one of our all too frequent February rainstorms. As I sat, I could see the clouds move and transform as they unleashed a downpour onto the city below. Surprising to me was the way the large looming clouds quickly dwarfed the massive skyscrapers beneath them. Brightly lit, appearing nearly white with its sails extending into the sky, in the centre of the photograph is Vancouver’s iconic Canada Place convention centre. Also evident from so far away is Top of Vancouver, a restaurant offering a panoramic view of the city.

Almost as if receiving severe weather warnings in advance, the usual Vancouver water traffic was missing in action. Float planes, cargo ships, and recreational vessels are generally moving through this waterway, but on this day, there were none, which provided an unencumbered panoramic shot. The juxtaposition of the looming storm clouds getting ready to dwarf the high-rise buildings is intense and dramatic. The various shades of blues, caused by the stormy dusk are magical. Dusk, the period of time between sunset and nightfall, is magical, as it serves as a bridge between the brightness of day and the darkness of night.

Stormy Nights is an awe-inspiring photo acting as a reminder of the power and the sheer elegance of nature. Although some find it difficult to see the beauty in Vancouver rain, here I admire the power behind our ‘Stormy Nights’ with the resulting downpour necessary to nurture the abundant rainforest surrounding the city.