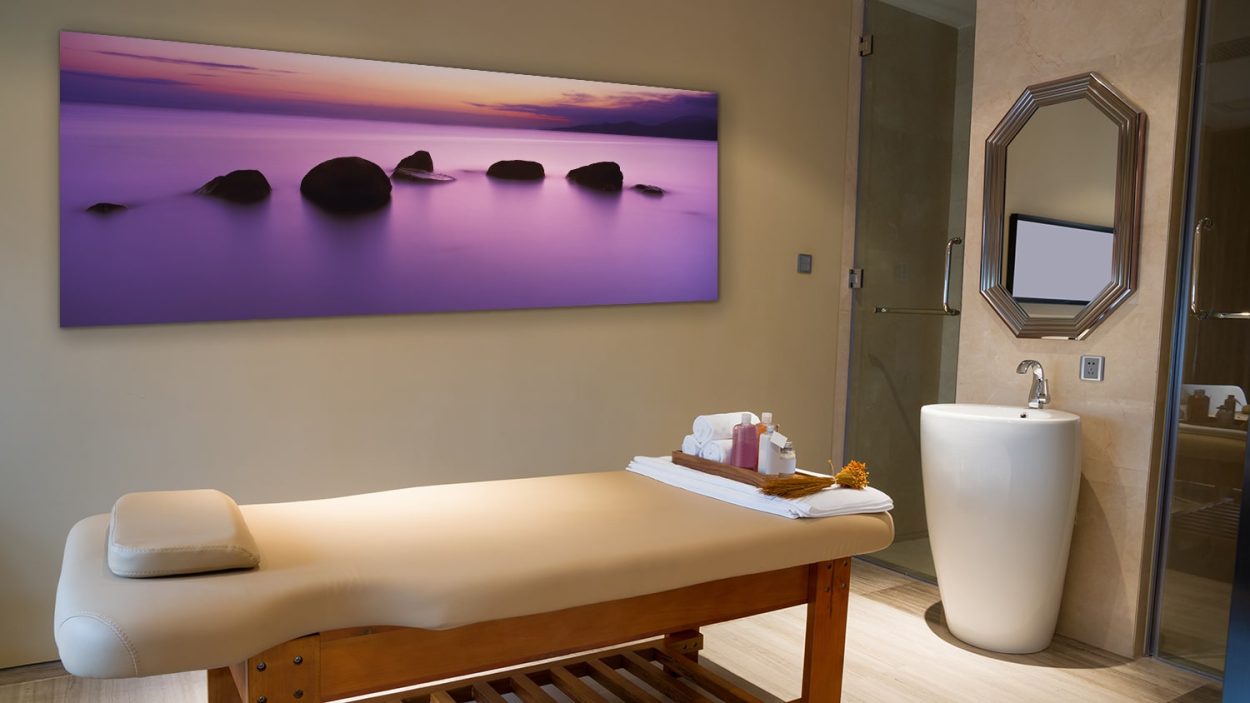 Along the shores of Vancouver, I paced the beach looking for a breathtaking vantage point. The night before, I had found the perfect shot, but the rocks I was hoping to capture had been quickly submerged beneath the tide. Today, the tide, 40 minutes behind the day before, left the rocks exposed, exactly as I hoped they would be. I set up camp on the beach and prepared my camera to watch another dramatic Pacific sunset.

The mild and temperate weather in Vancouver, British Columbia, can result in strikingly beautiful sunsets. The best thing about these sunsets is that you will never see two that are completely alike. I rejoice in those differences by taking in as many sunsets as possible from different locations.

For this image, I shot a series of photographs when the tide, the lighting and the rocks aligned as I’d hoped. The fog you see here results from the 10-minute exposure used on the final image I captured. The illusion of fog helps create a special sense of calm and tranquility. The ocean, always in motion, strong and powerful, is transformed here into a soothing masterpiece possible only through the camera’s lens.

This magnificent pink sky-scape merges with the seashore seamlessly, like smooth glass. On this particular shore the rocks are in the shape of a half moon. It’s impossible to witness a sunset like this without allowing your mind to drift and to dream. As I looked at the rounded shape of the rocks, I thought about the time it took nature to polish them. Hundreds of thousands of years of tides moving back and forth, subtly polishing through water and sediment, which not only placed them here but rounded them off too. Their arched placement left me thinking of the beginnings of a stone circle like Stonehenge and it’s similar walled perimeter.

On this night, the Pacific sunset had me dreaming.