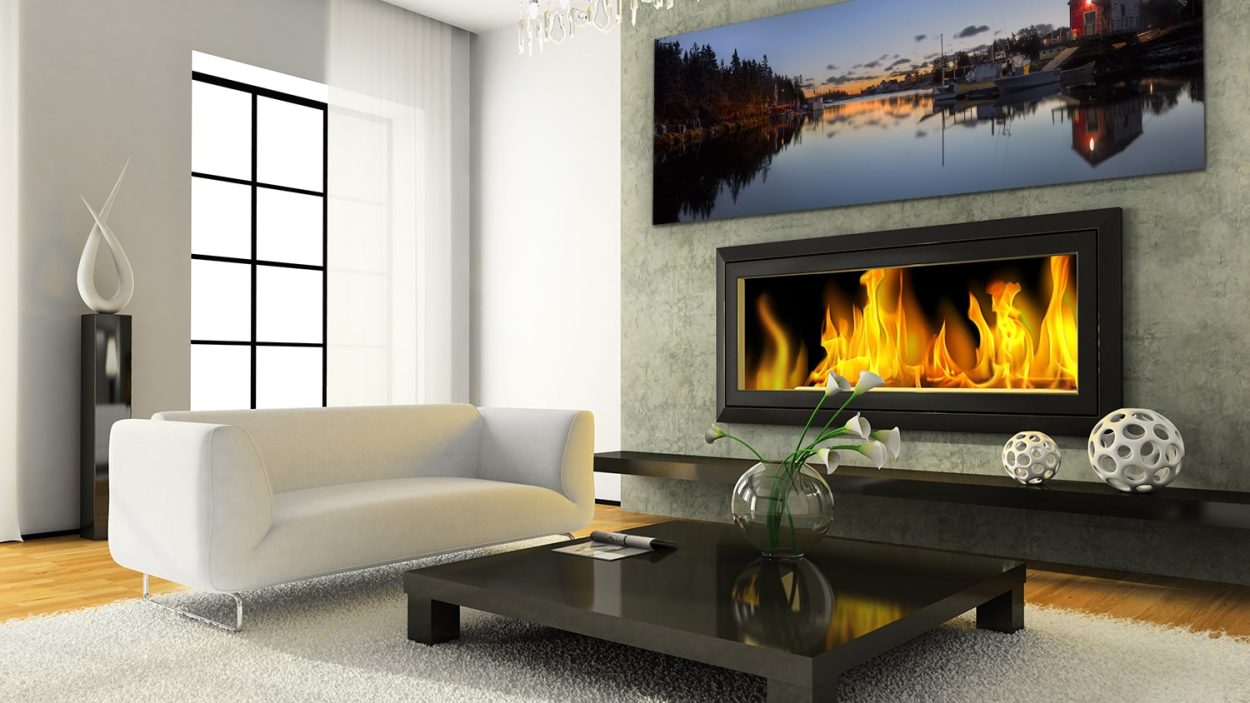 As I stood shivering behind my tripod at 8am on a beautiful East Coast December morning, my frozen fingers managed to capture this image. As any local will already be aware, winters on the East Coast are particularly brutal, so I was a little chilly to say the least. The beauty of the scene in front of me quickly counteracted my suffering.

The clouds, small grey puffs on the skyline, sat like a watch-keeper at their night post, readying themselves to vanish with the advent of the sun. Already in progress was the transition from night to day. The orange glow on the horizon signalled the morning shrugging off its dark coat. Despite the late time in the year, the subtle reds and greens in the forest on the left, along with the yellow boat and the cheerful red fishing house – its bright exterior light giving it the appearance of a quasi-lighthouse – infused the scene with the colours of autumn. Though the boats looked peaceful and unused, I knew that as the sun rose higher in the sky their workday would begin.

I’d driven all over Nova Scotia looking to capture an image which would provide a fresh perspective on this part of the East Coast – one that I had already fully envisioned in my mind. I wanted to capture a sunrise shot which featured a small, hard-working fishing village. I imagined it as part of a Coast to Coast collection, featuring this East Coast sunrise set beside another imaging depicting a West Coast sunset. With so many East Coast scenes catalogue by other photographers, I set out to source something unique.

As I stood and watched the sunrise, time froze in place. Within minutes of pressing the shutter though, the whole scene quickly changed before my eyes. One by one, the boats motored out of the harbour. With a friendly maritime wave from one of the fishermen, they were off on their frigid commute into the unforgiving North Atlantic Ocean.

‘Morning Spirit’, while beautiful and serene, acts as a reminder of not just the fishing history here, but of the blood and sweat shed by the fishermen who’ve worked at sea for generations.

Although there is much I love about this image, the peaceful tranquillity of the water and the way it reflects the entire landscape back on itself stands out for me. Just looking at ‘Morning Spirit’ leaves me able to taste marine salt and feel the crisp, fresh air of an East Coast morning.