Legends of the Sea 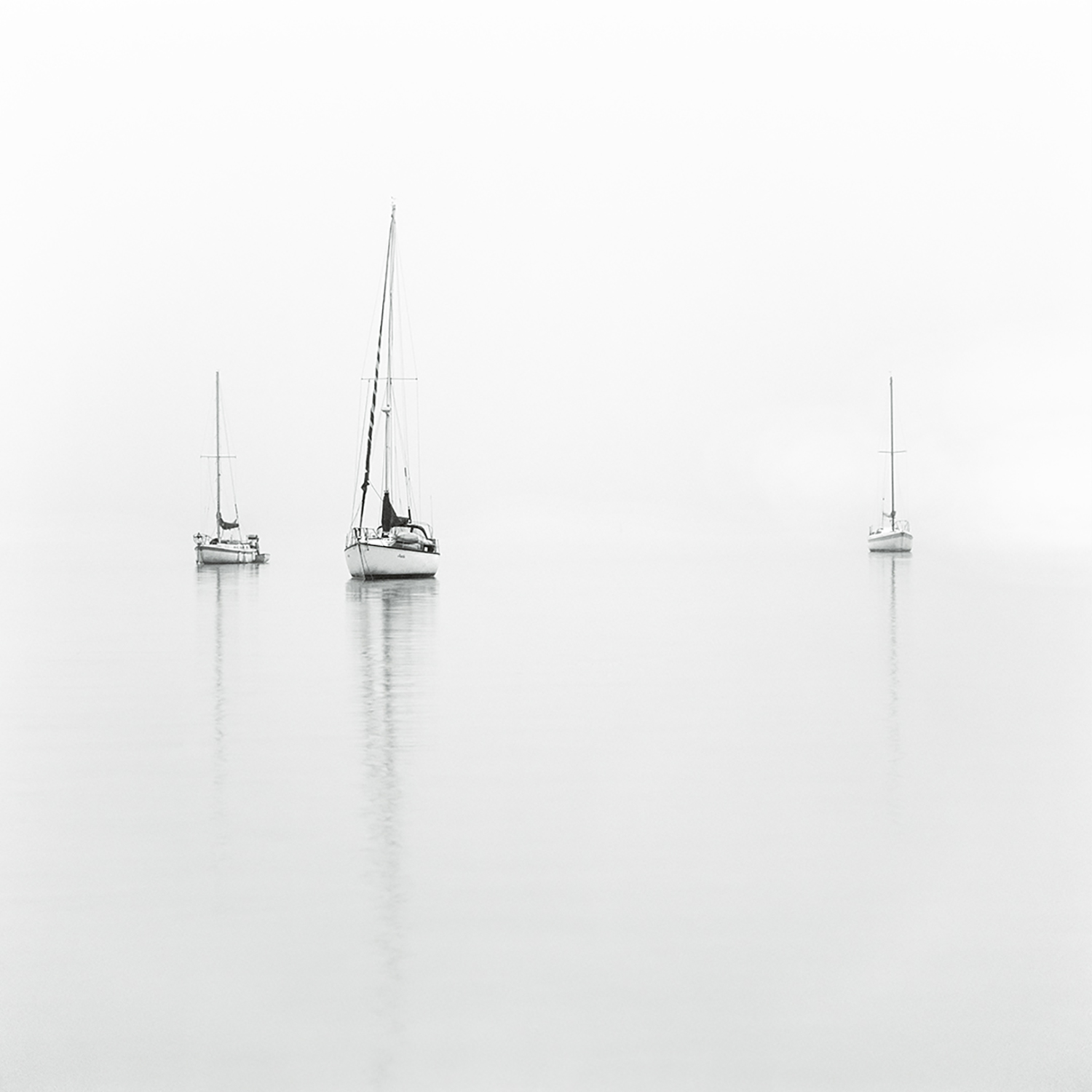 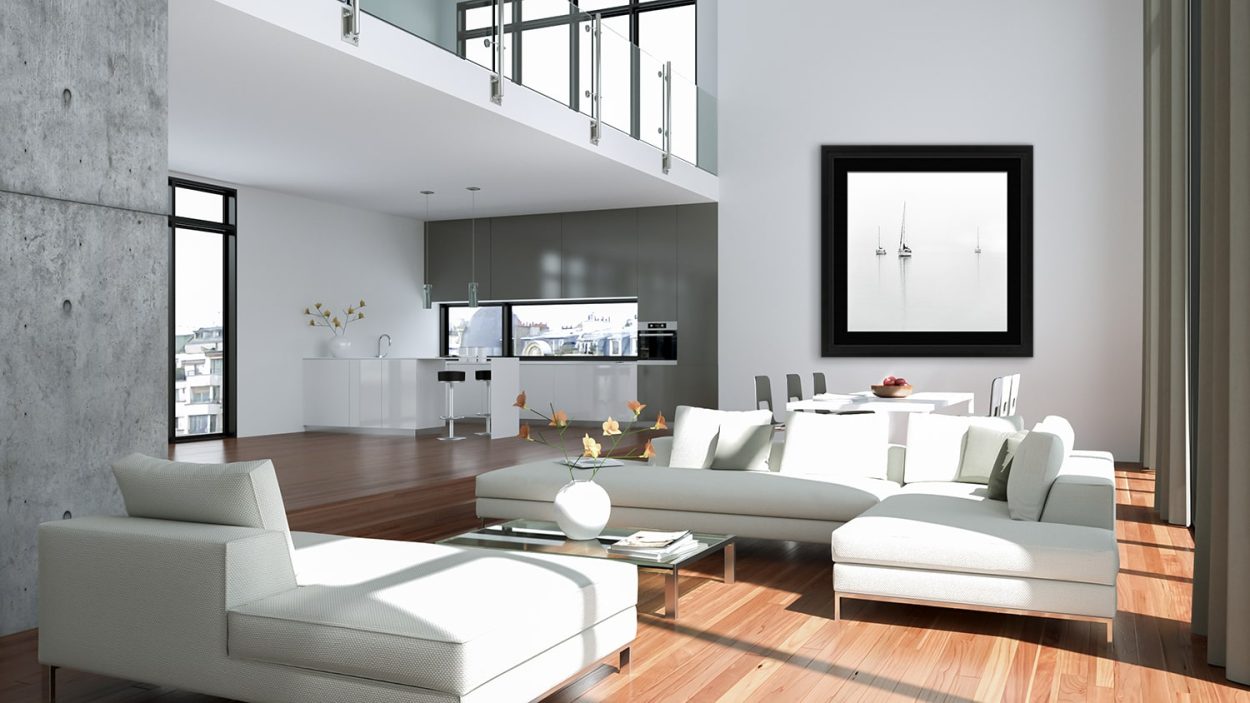 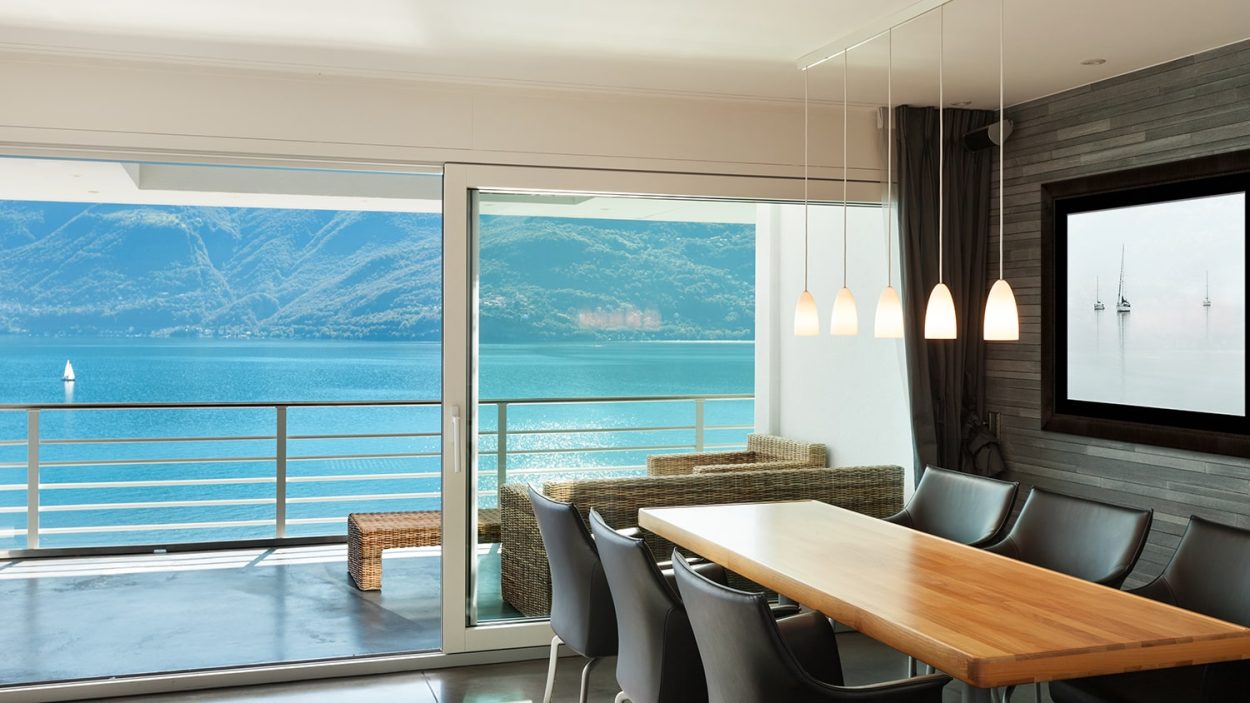 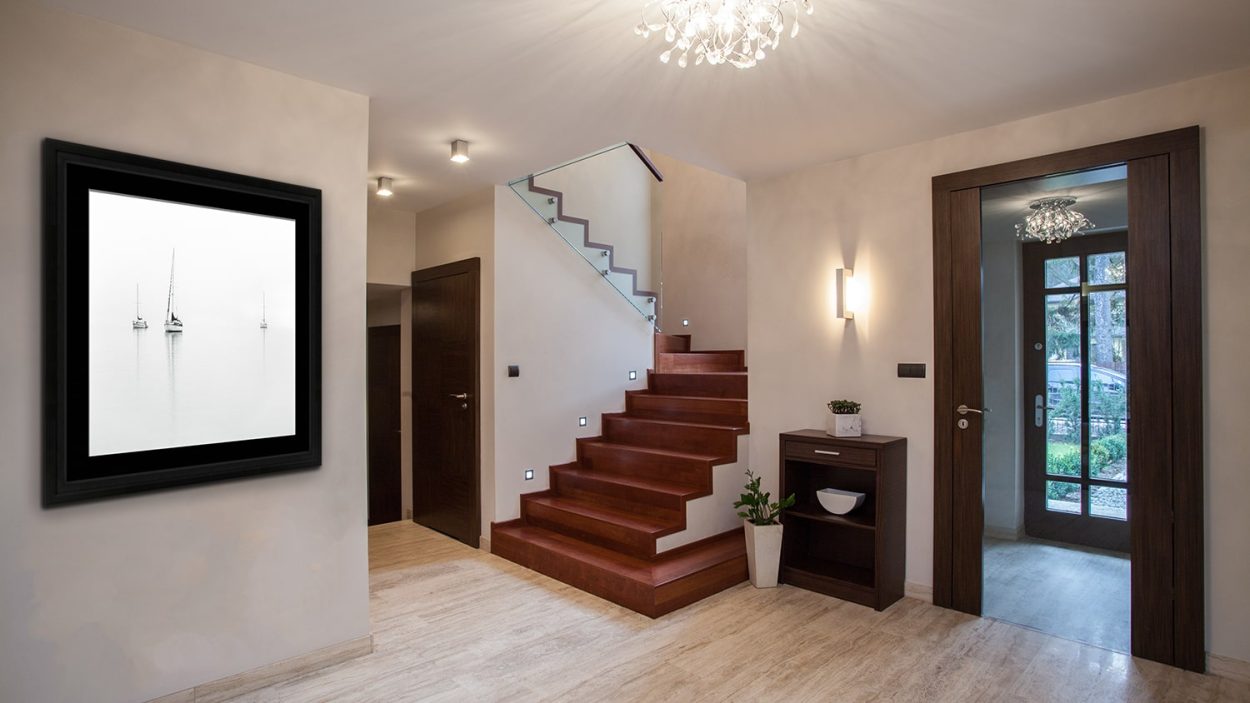 Learn More
Legends of the Sea
Starting At:
$4,750.00
Limited Edition:
75
Complimentary Rendering:
See it in Your Home
Shop Now

On a frigid, ice-cold January morning, I went out on a mission to take pictures of sailboats. I had been waiting for fog, in part because it not only helps to convey a sense of intimacy, it also paralleled the feeling of complete isolation that many sailors are all too familiar with. On this particular morning, the fog was thick enough that I struggled to see my hands in front of my face.

Having set up my equipment, I enjoyed the peaceful tranquility surrounding me. In time, emerging from behind a heavy shroud of fog, was at first, one sailboat, followed by a second, and then faintly, a third. On the morning I took this photo, the fog engulfed the background in its entirety. It offered the image a natural and striking white backdrop leaving everything around me completely still.

Using the fog to my advantage, I decided to use a particular technique rendering most everything invisible. By slightly overexposing the image, it highlighted the isolation that the fog provided, giving the impression that these sailboats were hovering in thin air.

Mesmerized, I stood still, allowing my mind to drift. The world outside this intimate scene no longer existed as everything around me slowed down, and for a few minutes, I felt as if time was erased by this enveloping whiteness. As I experienced this moment, I imagined the stories held within the confines of these sailboats.

Crashing through waves headed to beautiful secret destinations, laden with treasure chests, and stories of sailors sitting topside drinking copious amounts of rum, enjoying each other’s company while sharing the stories of their debauchery in port.

In 1712 a sailor named Edward Teach took to the high seas and quickly made a name for himself as one of the world’s most infamous pirates. Teach, an English pirate, pillaged the Caribbean under the guise of “Blackbeard”. By 1717 Blackbeard had captured a French merchant vessel known as La Concorde, renamed her Queen Anne’s Revenge, and equipped her with 40 guns. She had been used by the French as a slave trading vessel before being used as Blackbeard’s flagship. Blackbeard set the jolly roger flag flying high on its mast prepared to plunder any ship that crossed his path.

Blackbeard was the pirate that all other pirates feared.

A shrewd leader, Blackbeard abstained from violence, using instead his fearsome image to stimulate the response that he desired from those he raided. He was notoriously known to dress in all black with pistols strapped to his chest – a large black captain’s hat atop his head. To scare his enemies, he would put slow burning fuses under his hat that would constantly sputter and give off smoke as if ready to explode. Blackbeard’s antics gave him an almost mythical status as did the stories of his hidden treasure.

Almost 300 years after Blackbeard was running wild in the Caribbean, I met a modern-day Legend of the Seas. Those who knew him might have called him Whitebeard. It didn’t take me long to realize that I was in the presence of a man whose blood was equal parts of salt water. This old salt had spent almost his entire life on the ocean sailing on some of the finest tall ships this century had to offer, and he had many a story to tell about it.

Few of us are lucky enough to have met a real living legend in our lives. These are the people you look up to. Often living vicariously through them. Sometimes even modelling your own live after theirs. Even listening to their endless and larger-than-life stories in awe. While you never know how long you will have with them, you know as soon as you meet them that they’ll be a significant part of your life forever. My eight years of friendship with Whitebeard, The Legend, was nothing short of amazing. I enjoyed every minute of our friendship. Sadly though, his life came to an abrupt halt in July 2018.

Like any good pirate, Whitebeard kept his own treasure hidden away. It was not until after he left us that we found the clues to his last treasure. As we stood there holding his pelican case, we could feel the excitement building as we prepared to open it, knowing we were about lay eyes on his elusive stash. We opened the case, and there it was. Inside was an assortment of the finest dark chocolates money could buy.

Only the best, of course.