The cold and desolate atmosphere during this wintery day created a blanket of overwhelming serenity. The fresh snow acted as insulation  as I moved through an area I had never been before; I was unsure of the chosen direction but I had a steady sense I was on the right track. Captured in the area of Moose Lake, BC, in a wilderness frequented by grizzly bears, wolves and moose; on this day I was surprised (and perhaps thankful) for their absence.

Having driven hundreds of kilometres in search of a shot like this, I was instantly engulfed by the peaceful stillness. Though snowy landscapes during winter are no doubt prevalent in British Columbia, a scene like this one isn’t as common as you may think.

The depth shown by the white frosted branches in the foreground with the fresh snowcapped trees in the background, results only from the ideal mix of fresh snow, optimal lighting, hidden wildlife, and cooperative weather. 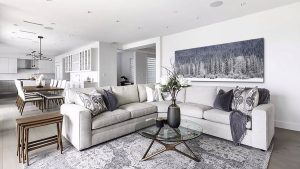 My hope for this image was highlighting perfectly lined trees in the foreground which slowly faded into the forested background. Following my lengthy drive, I immediately recognized the opportunity and landscape I had been searching for. I quickly raced towards it knowing I was competing with the shifting light. I hauled out my gear and rushed to compose the image.

Frigid and cold I fired off only a few shots, quickly trying to determine the correct composition. I was racing against time to beat the possibility of muted light or worse, the sun burning away the very frost I worked so hard to find; to say this was challenging is an understatement.

I captured exactly what my mind had imagined. I knew a tranquil and powerful moment in time was found through my lens… I had finally found ‘Arctic Frost’

The Best Locations for Landscape Photography

The Best Locations for Landscape Photography "Location, location, location,” right? When it comes to landscape photography, the location entirely defines the subject matter within the artwork. Just as an acrylic painter will choose a style or feeling for their...
Read More

4 Tips for Hanging Artwork in Your Home

Finding art and photography you love happens naturally. You may be keeping a close eye on the artwork on sale or one of your favourite artists, knowing you’ll eventually find one that will fit perfectly in your collection. You could also be stopped in your tracks one...
Read More

“The goal of life is to find your gift, the purpose is to give it away” – Pablo Picasso

Gifts come in all shapes and sizes, they can be tangible or conceptual. Artwork is an extension of one’s personality. Artwork speaks to the viewer unlike any other commodity we purchase. When someone looks at a particular image they are brought back to the...
Read More

“The sky is the source of light in Nature and it governs everything” - John Constable  The power of light and all its qualities are immediately evident when looking at photographic artwork. I take careful consideration when deciding the amount of light I allow through...
Read More

Fan Tan Alley, Canada’s narrowest street, is nestled in the heart of Victoria in Canada’s oldest Chinatown. Established in 1858, this area offers visitors history that’s as rich as its modern cuisine. Welcoming immigrants during the gold rush, Fan Tan Alley was...
Read More

Mesmerized by the vivid and striking colours, this expansive landscape left me thinking of home. Having grown up in the prairies, the heat and dust of this late-season harvest made my experience uncomfortably comfortable. With its beauty often overlooked, the prairies...
Read More

The Top 3 Tips for Fine Tuning Your Landscape Photography

"The drawing shows me at one glance what might be spread over ten pages in a book" from Russian writer Ivan Turgenev is a quote that resonated with me as I have always been a visual person, and just love how one image can say so many things to a variety of different...
Read More

When I first saw this location I knew immediately that the tide needed to be out, in order to expose these amazing seaweed covered rocks in the foreground and give the scene some depth. On the day I took this image the tide was still going out when I arrived. Just as...
Read More

Sometimes its just about the simplicity of things. We tend to over complicate everything in life, but sometimes simpler things are much more enjoyable. It was a warm dry air kind of day and there was a fresh taste of prairie dust in my mouth. I was on a mission this...
Read More